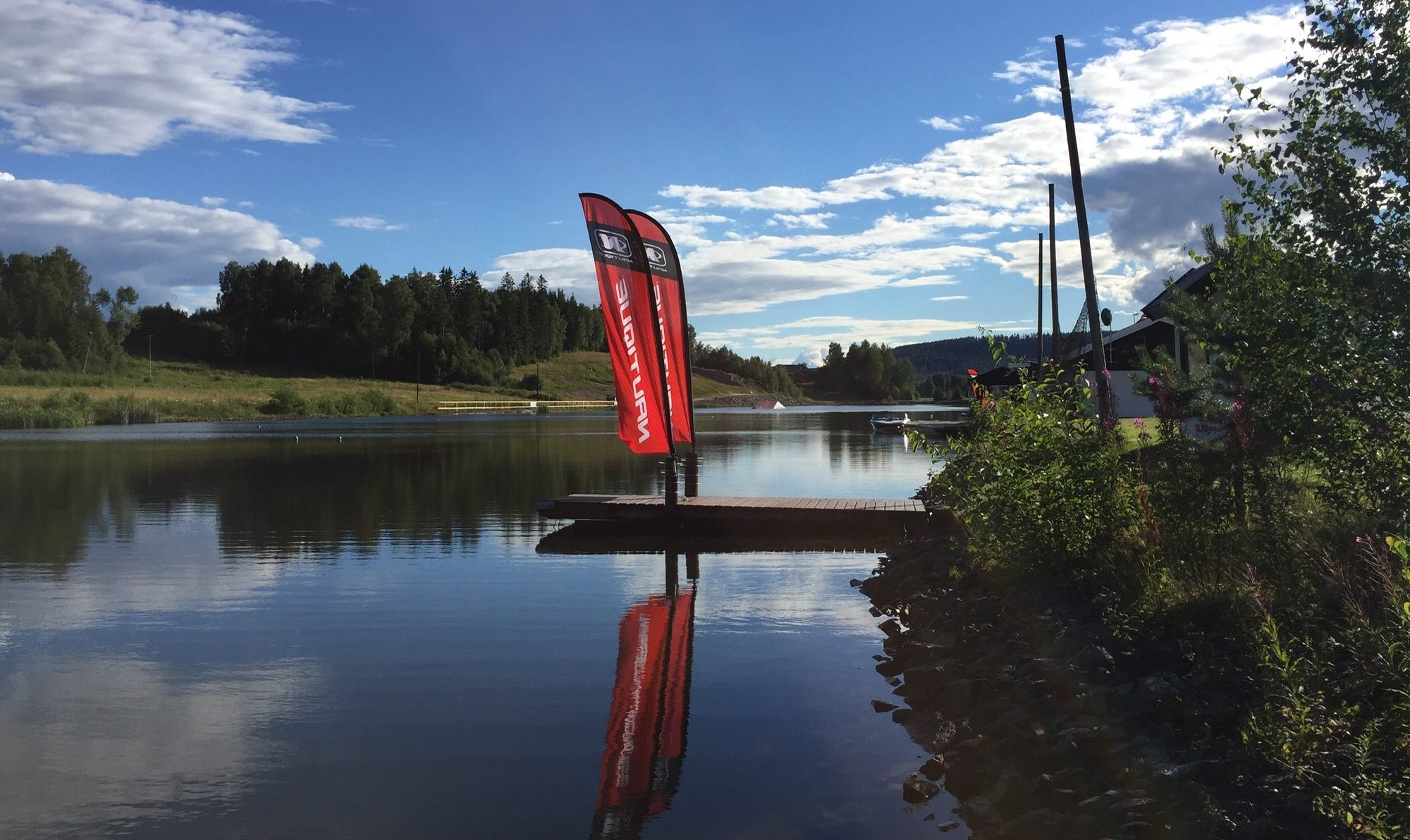 Entries are open to anyone with minimum of a current Personal Best of 3@10.75m for Men and 1@11.25m for Women.
Entries will be prioritized based on the ranking list “October 2021”

There will be two qualifying rounds in which skiers attempt to qualify for the 8
person final. Each skier will ski both rounds

The final will be made up of the skiers with the top 8 scores from either of the 2
qualifying rounds.

If two or more skiers are tied for best score, the superior backup score from the other
round will be used to organise seeding or, for non-finalists, final position.

If two or more skiers who qualify for finals are tied in both rounds, seeding for the final
will be determined according to initial seeding of tied skiers.

If a perfect tie exists for the last finals spot(s) there will be a run-off between all tied
skiers. The order for the run-off will be determined by drawing lots on the dock with all
affected skiers present. Each skier will leave the dock on the last completed line length
and ski until they fall or miss. In the event of a tie in the run-off there will be a second run
off with the skiers continuing in the same order and starting at the most recent
(uncompleted) pass. Skiers will run off in this manner until there is a clear winner.

More Than Two Skiers in Run Off

Two ropes may be rotated during qualifying to save time but it is critical they are the
same length.

Drivers Must Stay in One Boat

Each driver shall drive one boat and not change throughout the event qualifying and
finals.

Head-to-Head Table and Order of Pairings

Skiers’ Choice of Order or Boat

The skier starting second off the dock will have to beat the score of the first skier in order
to beat them and qualify for the next head-to-head round.

Positions 5th to 8th and 3rd to 4th will be determined by best losing score in the first and
second head-to-head bracket respectively. A tie for best losing score in either the Last 8
or Semi Final will be broken with regards to seeding going into the Head-to-Head (best
score out of round 1 and 2. In the semi final scores in the Head-to-Head round will not
count as back up scores). If there is a perfect tie between skiers (ties during losing
Head-to-Head round and both qualifying rounds) the Pro Points and the prize money will
be equally split.

Skiers’ Choice of Order or Boat

Top seeded skier gets to pick to ski first/second or driver/boat.

One Skier Must Beat The Other To Win

(maximum of 50 amateur skiers across categories)
Amateur skiers will ski three rounds, with two on Friday and the third round on Sunday morning.
Skiing order will be according to age groups. Starting with the youngest skiers, followed by Senior and Open. Running orders will be randomized for first round and kept equal for the next two rounds.
The best score out of the three rounds will be compared to a handicap score. The handicap will be 6 buoys less than the skier’s Top performance from the 2021 season.
For example, if someone’s 2021 top performance is 3@12m and the score is 2@12m, then he or she will have 5 points.

Practice rounds will be available at €40 per set (6 passes).

Practice sets can be booked by following this link